Ru
About the Project About the Competititon Blog FAQ User account Ru
Nov. 6, 2019
Past the blue fences: what happened at the expert discussions about Tuchkov Buyan?
From Strelka Mag
In Saint Petersburg, a series of round table discussions were held regarding the future concept for the Tuchkov Buyan park, which is slated to appear in the city centre on the banks of the Malaya Neva. At the last two sessions, experts discussed how to link the new public space with the city and the greening of Tuchkov Buyan.

The round table dedicated to the various connections between Tuchkov Buyan and Saint Petersburg took place on 30 October at the European University at Saint Petersburg. Session participants discussed the infrastructure of the future park, its inclusion in existing pedestrian and transit routes, and the interaction between Tuchkov Buyan and other park areas on the Petrograd side. Yana Golubeva, architect and head of the Russian office of MLA+, served as moderator. 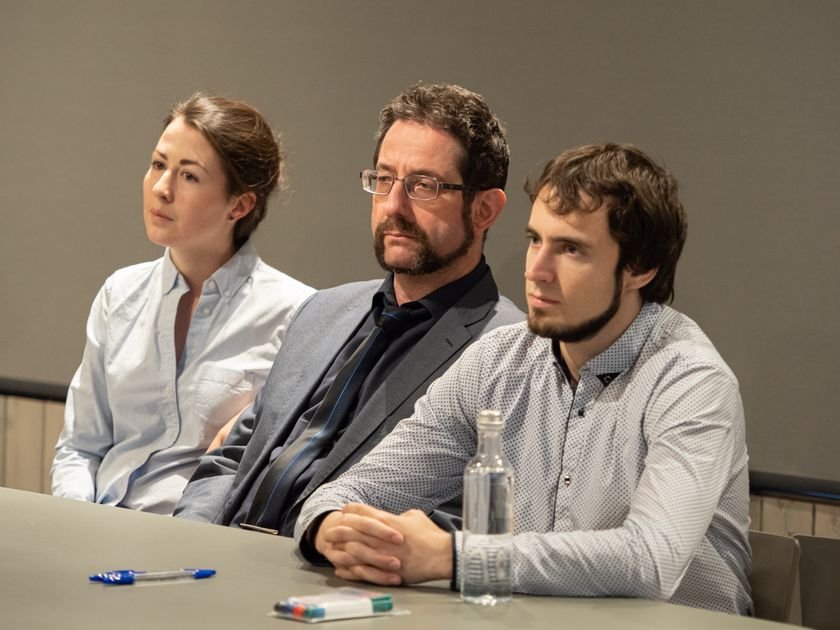 MODELLING THE PARK OR AN ENTIRE CITY?

The key thesis to which experts returned to again and again over the course of the discussion was that when designing the park, it will be necessary to expand outside the boundaries of the park and examine the territory in the context of the entire city.

Ilya Filimonov, an architect with the Intercolumnium studio, noted, "Judging by our experience, the creation of such a large cultural centre in the city will bring with it certain transport problems. They begin far outside the boundaries of the historical centre—already on the periphery, in the suburbs. This happens because people try to come [to such places] by car."

Filimonov believes that the competition to create Tuchkov Buyan can start a conversation about the city's "global connectivity," including the creation of commuter parking lots and the development of public transportation in Saint Petersburg. Moreover, he is certain that the interaction between the park, the Petrograd side, and the adjacent part of Vasilievsky Island should become a part of the architectural competition. 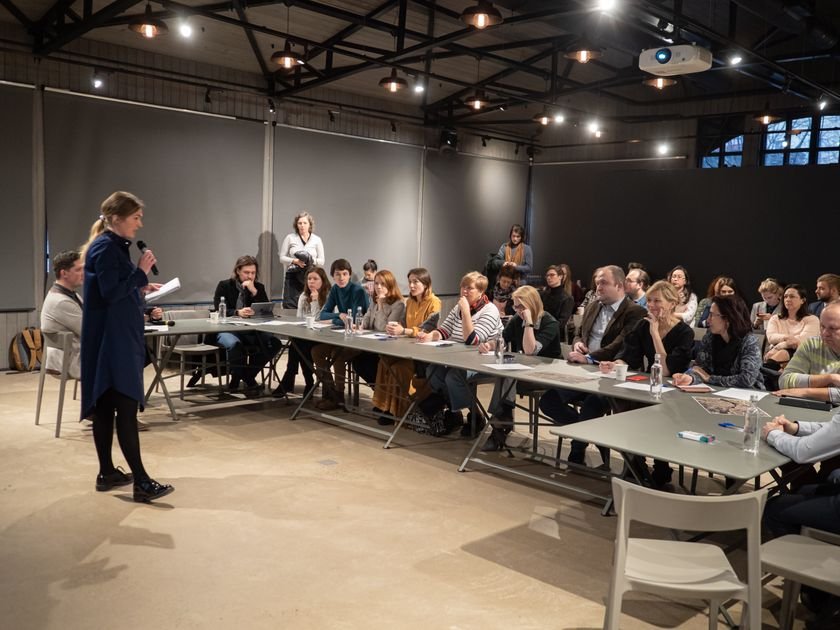 A similar approach to the development of Tuchkov Buyan was voiced by territorial transportation development expert with Urbanika, Ilya Reznikov.

He said, "We need to model the territory that includes about half of Vasilievsky Island and nearly all of the Petrograd side. That's because the Petrograd side, from the perspective of car traffic, is an awful and fairly complicated place. So if we plug up one of those intersections, to put it bluntly, then we need to understand how the whole system is going to work and, based on our calculations, go on to model this tiny territory."

Kirill Kozlov, head of the Arka architecture group, continued his colleagues' thoughts: "We may plant a massive time-delay landmine for ourselves that will go off very quickly if we limit ourselves to this location and this location only. We would lose the opportunity to develop the territory from Trinity Bridge to Zhdanovka." 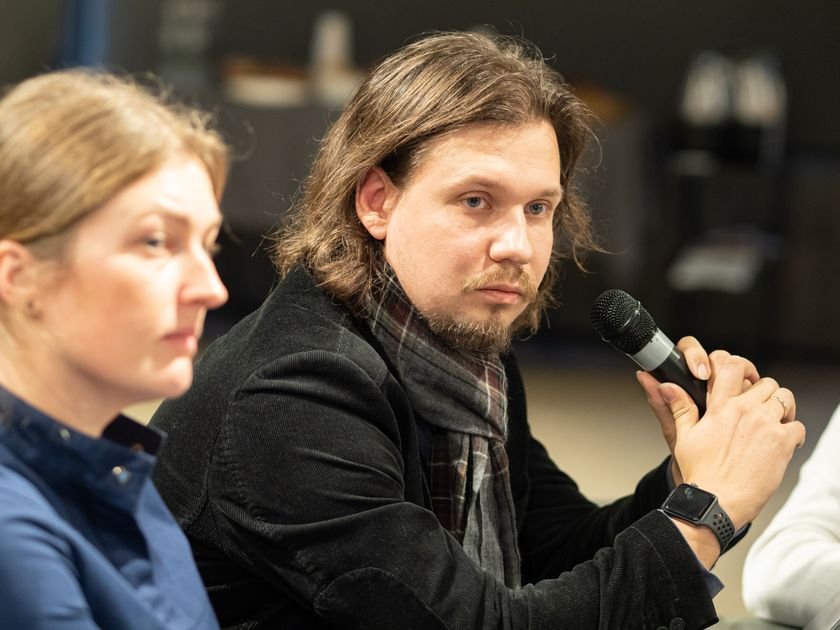 The coordinator of the "Beautiful Petersburg" movement, Steve Kuddins, also spoke out about the need to expand beyond the "blue fence" in the design process. He suggested starting to account for the development of the park territory over the coming decades starting now.

Kuddins said, "Without a doubt, we are devoting a lot of attention to today's transportation challenges. On the other hand, we are trying to plan for the long-term here. We need to understand that the concepts for the park should answer the question of what will happen with the park in forty years. This especially applies to underground area, as in the future, they may not even be needed for parking personal cars. I think it's very important to think through all of these different scenarios."

NATURE'S SECRET HIDEAWAY OR A PARK FOR PEOPLE?

The next day, on 31 October, experts discussed the question of greening and landscape development in Tuchkov Buyan. Alexander Strugach, CEO of the Simmetria architecture bureau, served as moderator of the last round table, where 50 people participated. Experts discussed what the green framework of Tuchkov Buyan might look like. Among the subjects discussed during the discussion were the problems of greenery in a northern seaside climate, residents' demands for "green" infrastructure, and worldwide experience in the landscape design field.

Irina Lysokobylko, landscape architect with Derevo Park, offered her opinion on the subject: "Using this park as our foundation, we can apply certain technological solutions which will allow us to expand outdoor greenery on the Petrograd side. In addition, we can create a positive example for the appearance of a major green space in the city centre." 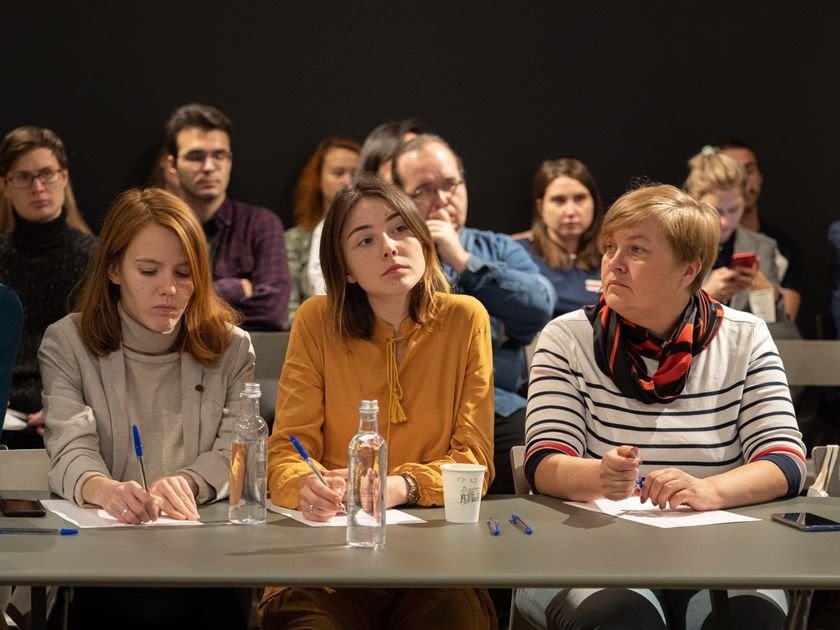 According to botanist and landscape designer Viktor Tropchenko, it is extremely important to answer the question of what, exactly, Tuchkov Buyan is meant to be: a park for people or an attempt to return a natural environment to the city centre. He noted that these two approaches are essentially incompatible, insofar as the presence of a large number of people in this public space will most likely be destructive for natural systems. In his opinion, pedestrian routes and nature preserves in the mark must be separated. In actuality, this would mean the introduction of areas which park visitors would not be allowed to enter.

Kazakina underlined, "Now we are talking about the foundation of this park. That doesn't mean installing benches and verandas—it specifically means green plantings.

"In order for people to feel as wonderful as possible in the park, technical best practices need to be observed. Everything that's planted in the city lasts for 12 to 20 years. That's very little. We need to make it so that they live 100, 150, even 500 years—as long as possible." 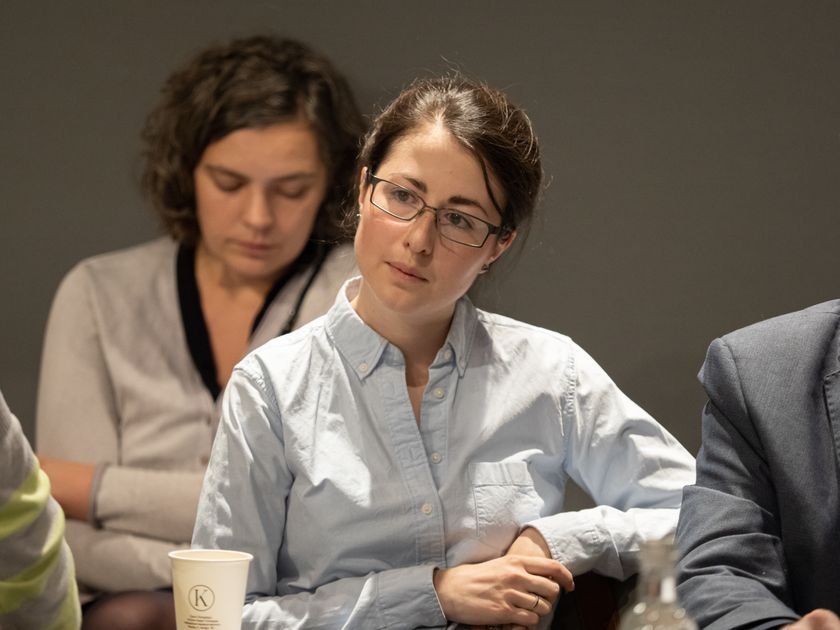 WHEN WILL THE COMPETITION BE ANNOUNCED?

In September 2019, preparations began in Saint Petersburg for the start of an international competition to create landscape architecture concept for Tuchkov Buyan Park. A series of expert round tables in Saint Petersburg were a part of this work. The sessions were organised by Strelka KB, the European University at Saint Petersburg, and Darya Tabachnikova.

Based on the results of the sessions, resolutions will be made that will form the basis for the technical specification for the participants in the architectural competition. The first three round tables were dedicated to the urban design context of Tuchkov Buyan, the contents of the park and the historical heritage of the territory.

The competition will be officially announced in the middle of November. Afterwards, applications will be accepted from architects.