Ru
About the Project About the Competititon Blog FAQ User account Ru
Dec. 10, 2019
The Architectural Review. Q&A with Denis Leontev.
From Architectural-Review.com 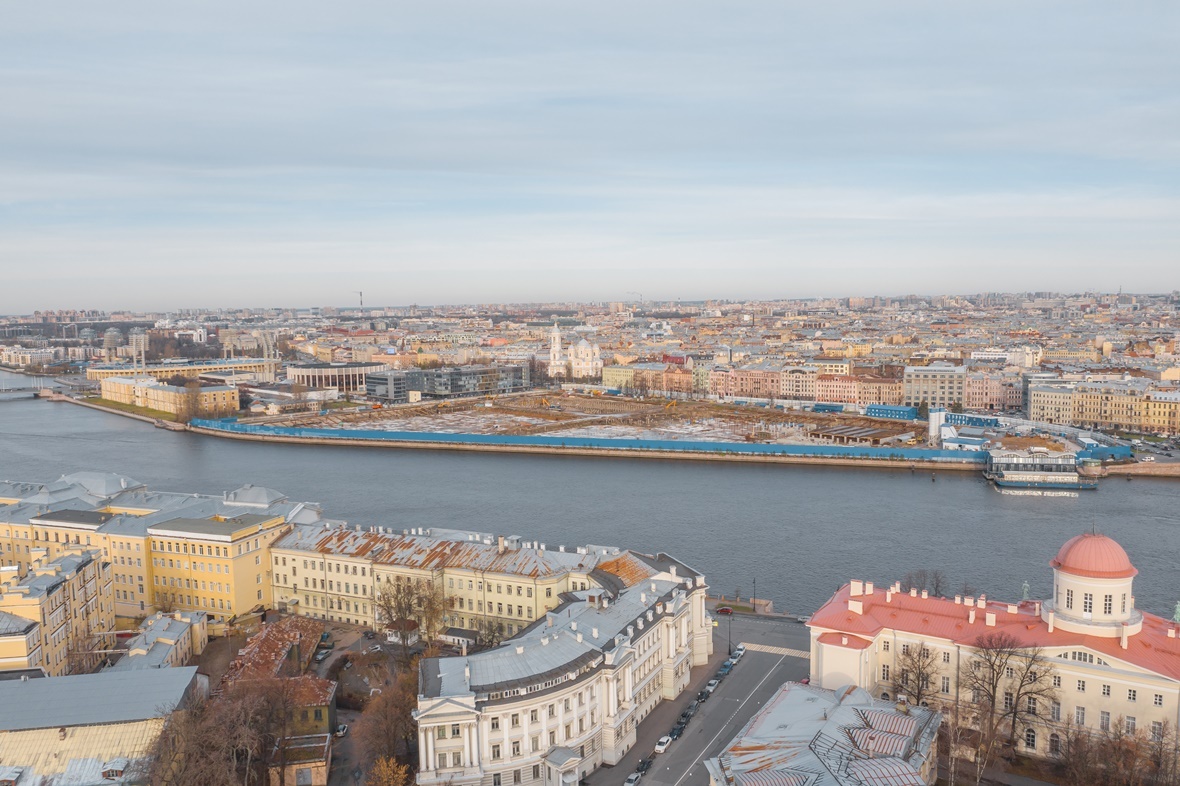 The anonymous competition, organised by Strelka KB on behalf of the Government of St Petersburg and endorsed by the International Union of Architects (UIA) has been announced for a new waterfront park in St Petersburg, Russia (Deadline: 15 January). The chief executive of Strelka KB Denis Leontev told The Architectural Review about the contest procedure and the context of this site.

Where did the idea for the contest come from?

A few years ago a social discussion began in St Petersburg in support of creating a new park in the city, which then somewhere along the line also got the support of the city administration. The decision was made to halt the construction of state federal facilities on this territory and to hand over this area for the creation of a park. When the idea of holding an international competition was put forward, we agreed to be the competition operators since we believe that it is important to have top professionals involved who can implement their projects in Russia.

Was it inspired by the Zaryadye Park project in Moscow?

Zaryadye Park is without a doubt one of the most interesting examples of landscape architecture in Russia, and all parks that are being built in Russia are being compared with it. However, we think that the initial rationale and idea of this park by St Petersburgians differs from the motivations behind Zaryadye Park's creation.

Is this contest the best way to approach this prominent site and to recognise excellent design talent?

Competitions, like democracy, may be not the most optimal management method, but this is the only way that makes it possible to ensure the transparency of the proceedings while also achieving high-quality design.

Is there an important history of architectural competitions providing solutions like this in St Petersburg?

St Petersburg from the outset was built with the involvement of European architects. Today, hundreds of sites are built in the city annually which are implemented without any public attention while radically affecting the city and the quality of the landscape. Rather than having St Petersburg reproduce average designs based on an outdated 30-to-50 year old model, it ought to create modern, high-quality buildings and public spaces. These can be of a modest and unprovocative nature, but they must be relevant and worthy of representing St Petersburg among the cities of Northern Europe.

What is your vision for the new public park on Vatny Island?

The park combines several elements: the park itself, the embankment, adjacent streets and Akademik Likhachev Square. The area of the design site covers 17.3 hectares and the area of the park is 10.7 hectares. Construction work for another use had previously already been underway, and now these works are on hold. Consequently, it is necessary to address what should be done with the already completed works. There is also a theatre on the site which should also be taken into account in designs.

The task of choosing the park's content is up to city residents and experts. Anthropological studies, expert sessions, online voting, and meetings with residents were conducted to this end in preparation for the development of the competition's brief.

In addition to a wide range of people, we also work with focus groups by selecting specific categories of residents and reviewing what aspects are important to them. Secondly, we also gauged the views of the wider expert community: compiling the opinions of professionals, which sometimes confirm what we have already heard from residents, and sometimes provided us with something new. The third step was the work of the expert council. It included specialists who developed specific parts of the brief based on the entire array of data that we collected and analyzed. It is they that will decide at this point what the transport scheme approach be, which scenic spots should be opened up, which heritage sites to preserve, which plants to plant, and so on.

How important will design innovation and quality be to the end result? Are sustainable issues an important part of the brief?

We hope that this project will become a model for the city for the implementation of other future public spaces and will set new quality standards. Therefore, we hope that we will be able to implement the proposed design in full and in a high-quality manner. Environmental issues and sustainable development are definitely one of the key issues involved the implementation of this park and have been incorporating these into the brief. Moreover, through the competition they should become the groundwork for a city-wide discussion on these issues.

What sort of architects and designers are you hoping will apply?

First and foremost, we encourage architects and design organizations that have experience in implementing public spaces and parks to apply. As part of the qualification process, we are reserving two out of the eight places for emerging architects for whom we hope this competition will become an opportunity to be the next step in their career. We do recommend that international teams partner up with Russian firms, but this is not a prerequisite.

Which other design opportunities are on the horizon and how will the architects/designers be procured?

Strelka KB is Russia's leading organizer of international competitions. These are often are aimed at attracting and commissioning international architects and developing emerging Russian practices. The annual competition for the Garage Museum's temporary cinema pavilion is one of our many initiatives. We also hold competitions for public spaces, as well as for educational, sports, cultural, and public infrastructure. In addition to organizing contests, we also specialize in creating architectural briefs that on the one hand uphold contemporary development trends, and on the other hand incorporate requirements put forward by residents and other interested parties.

Are there any other recent public park projects you have been impressed by?

Interesting projects include Battery Park in New York, located on Southern tip of Manhattan Island in New York City and reconstructed in 2016. Also Töölönlahti Bay Park in Helsinki, Finland which is in the process of being delivered by Lundén Architecture with Rambøll Finland and Terramare Boskalis. Finally, Yanweizhou Park in Jinhua City, created by Turenscape Landscape Architecture in 2014.